On the 24th June 2017 a dinner debate was held at the arts organisation Metal in Peterborough.  Check out the Scottee’s report of the event by clicking on the picture below – there is also a video starring a few cameo appearances from Inclusive Peterborough and the Aces, Aros and Enbies of Peterborough!

One thing that impressed me at the event was when one of the AAE group started to cry while calling out some of the queer-phobia.  Immediately they were surrounded by members of Inclusive Peterborough and Aces, Aros and Enbies.  A startling display of Unity and Support.
As Steve of AAE says ‘It was upsetting when people cried, including one of my own group’s members, but it really brought home the humanity of all this, we’re all real people with real feelings and real needs, and we all NEED this community there to support us, champion us, protect us, help us. ‘ 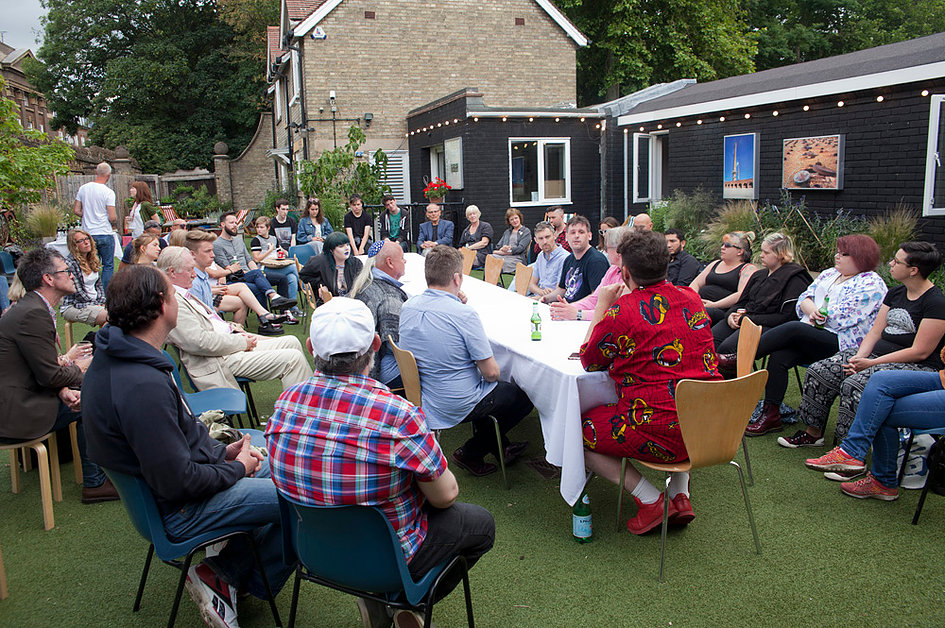